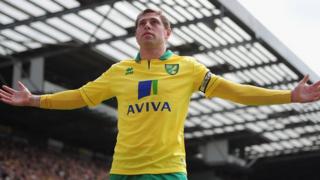 The agent of Norwich striker Grant Holt defends the player's desire to leave the club, saying chief executive David McNally felt Holt was "too old" to keep at the club.

Speaking to BBC Radio Norfolk, agent Lee Payne says Holt was happy to stay, but believed he had no choice in requesting to leave the Canaries.

'Root one of the best against spin'

What next for McGregor after Poirier loss?