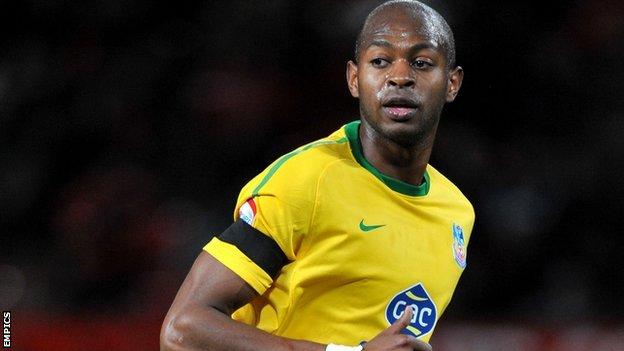 The 31-year-old will join the promoted Owls on a two-year deal on 1 July, after his contract with Palace expires.

He made 33 appearances in 2011/12 after moving to Selhurst Park from Hull City in the summer.

"He comes with vast experience and he's played at the highest level as well as the Championship. He's big and he's strong and he's good on the ball," boss Dave Jones told BBC Radio Sheffield.

Gardner added: "I've been away for a couple of weeks so the deal got held up a little bit.

"I spoke to Dave Jones and he was a big factor in me coming here. He explained the ambition that they have and I really wanted to sign."

The former Port Vale and Spurs man helped Palace to the Carling Cup semi-final, playing the full 120 minutes of their extra-time win at Manchester United.

Gardner scored in the first leg of the semi against Cardiff to give the Eagles a 1-0 lead, but his own goal in Wales levelled the tie before the Bluebirds won on penalties.