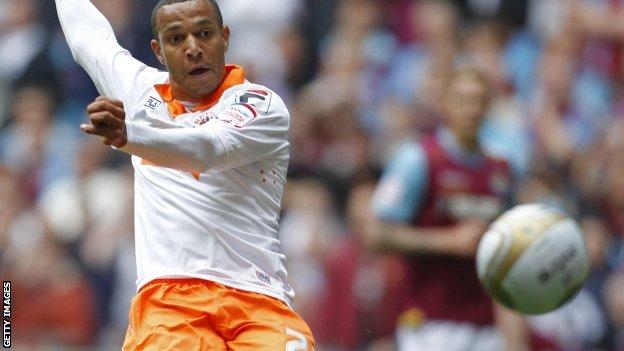 The Supporters' Trust poised to take over at Wycombe Wanderers has decided to close the club's youth system.

It leaves Wycombe as the only one of the 72 Football League clubs without any form of youth development.

In a statement, the club cited "financial limitations" and the "increased demands" of the Elite Player Performance Plan (EPPP) - a new system for academies in England.

The Chairboys have a successful history of producing promising youngsters.

In recent years, players such as Blackpool winger Matt Phillips and Wolves defender Roger Johnson have come through the ranks.

And the club, relegated from League One last season, have recently offered new deals to home-grown midfield pairing Jesse-Kewley Graham and Josh Scowen.

"Wanderers were opposed to the EPPP from the outset, voting against the proposal at a meeting alongside fellow Football League clubs in October," the club statement continued.

"However, the ruling was passed and the club believes it is certain to change the way in which Football League clubs are able to operate at youth level."

A senior figure at Adams Park told BBC Sport the decision was not solely based on the introduction of EPPP, which is due to start nation-wide next season.

And the Trust, which is set to take over the club from current owner Steve Hayes, remains hopeful that it will be able to reintroduce a youth programme at some point in the future.

But the Supporters' Trust are determined to ensure the club will break even financially and believe that in the short term they cannot sustain the cost of their youth system, which is currently in the region of £300,000 per season.

This is despite the fact that EPPP, proposed by the Premier League, agreed by the Football League last October and set to be introduced at the start of the 2012-13 season, will increase payments to all clubs for youth development.

EPPP will also see the introduction of a new four-tier academy system and, as part of the deal, set tariffs have been introduced to replace the tribunal system for the sale of home-grown players.

The introduction of EPPP was widely criticised as a system that would favour Premier League clubs.

In his column at the time Wycombe's Matt Bloomfield said: "I am worried by the possible affect of the new system on clubs like ours who produce their own young players to play in their first team and then to sell for a price that helps to keep the club running."

The Trust is unsure that the structure of the new tribunal system, with a focus on smaller up-front payments but increased add-ons, will generate the required reward on their investment in youth.

They are also concerned by the Football League's retrospective auditing process, which could see clubs asked to pay back funds given for youth development if they have not met certain criteria in line with their category status.

With the focus firmly on running the club as a stable concern, a senior source at the club said the Trust thinks it would be "too risky" to continue with the youth programme.

The club website states that there are 10 full-time employees in the youth department, as well as 25 part-time staff, coaching boys aged eight to 18, who will all lose their jobs.

Those young players who are not offered professional contracts will be given help finding a new club.

The exact category status of most Football League clubs has yet to be determined, although it is understood that six clubs in the Championship last season - Southampton, Reading, West Ham, Watford, Middlesbrough and Crystal Palace - applied for category one status.

In the region of 20 are expected to be given category two status, with the vast majority settling for category three.

Clubs in category four will be operating a low-key system, where clubs will pick up 16-year-olds that have been released by other teams.