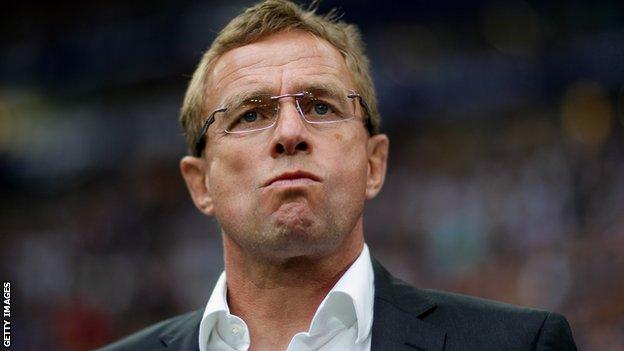 Former Schalke coach Ralf Rangnick has been in discussions with West Brom with a view to taking over at The Hawthorns.

The Baggies have been without a manager since Roy Hodgson left the role to become England coach on 1 May.

German Rangnick, 53, has been without a role in football since quitting the Bundesliga club in September 2011.

It is understood that Birmingham manager Chris Hughton is also being considered for the role.