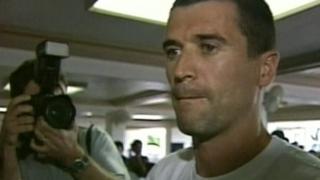 As Roy Keane is linked with a return to international football as Ireland's assistant manager BBC Sport recalls how his countries World Cup 2002 preparations were rocked by Keane's infamous bust-up with team manager Mick McCarthy.

Keane flew home before the tournament kicked off in Japan, and the Republic went on to qualify for the last 16 where they lost to Spain on penalties.

Martin O'Neill is on the brink of becoming the new Republic of Ireland manager and is set to bring in Keane as his assistant.

Groenewegen had death threats after crash