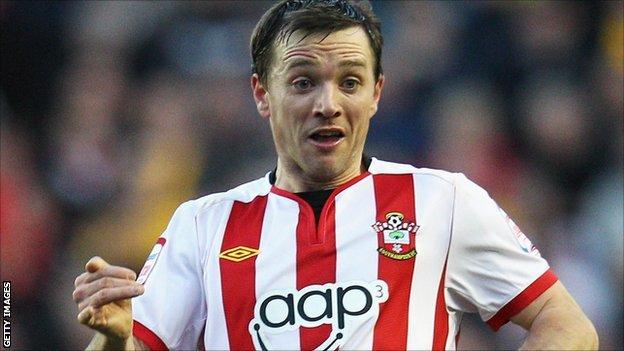 Promoted Southampton have released out-of-contract trio David Connolly, Lee Holmes and Radhi Jaidi as they prepare for life in the Premier League.

Striker Connolly and winger Holmes may now look for clubs elsewhere but Tunisian defender Jaidi will be retiring as a player.

Meanwhile, four of the club's highly-rated academy products have been handed professional contracts by the Saints.

Connolly, 34, played 26 times for the Saints this season, scoring six goals, while Holmes, 25, spent the majority of the campaign on loan at Oxford United and Swindon.

Full back Shaw, 16, has reportedly attracted interest from Manchester City, Arsenal and Chelsea and made his first-team debut in the FA Cup against Millwall.

Fellow defender Stephens also made his debut for Saints in the FA Cup - his only appearace for the club.

Midfielder Doble, 21, spent much of the season on loan at Bury and Bournemouth and has only made one first-team appearance for the club.

Polish keeper Bialkowski, 24, played eight times for the club as they won promotion from the Championship.