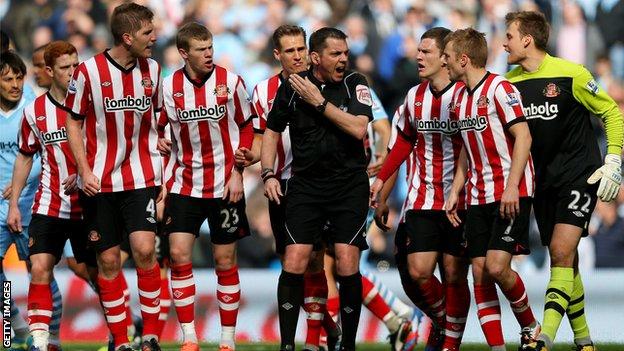 Sunderland have been fined £30,000 after being found guilty of misconduct in the 3-3 draw with Manchester City last month.

The Sunderland players surrounded referee Phil Dowd when he awarded City a penalty for Craig Gardner's foul on Edin Dzeko.

The club, who denied the charge, were also warned over their future conduct.

Mario Balotelli scored the penalty to cancel out Sebastian Larsson's opener for Sunderland.