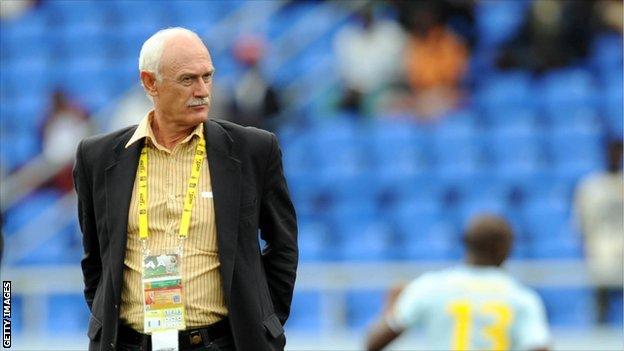 Cape Town-based Santos lost 1-0 at home to SuperSport United in midweek to remain one place off the bottom of the league.

They have four points more than Jomo Cosmos but are four points behind Black Leopards in the 16-club championship.

The bottom team are automatically relegated while the second-last side go into play-offs with three first division clubs.

Nooij coached Mozambique from 2007 until last September, when he was fired after failing to qualify for the 2012 Africa Cup of Nations in Gabon and Equatorial Guinea.

"Easy jobs can be done by anyone and difficult jobs only by certain people," he said.

"We face five 'cup finals' and have to survive."