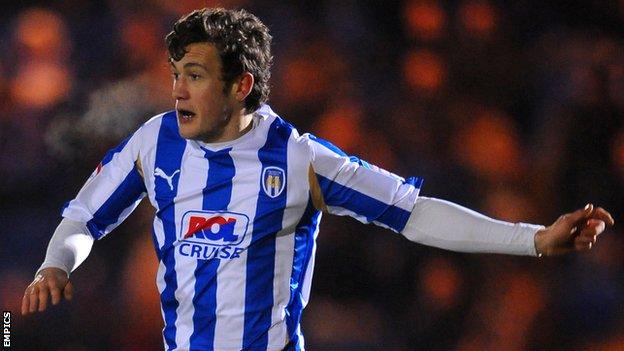 Colchester United boss John Ward has said he will offer a new contract to defender Ben Coker and is in talks with numerous other members of his squad.

The 22-year-old, who was playing for non-league Bury Town two years ago, has featured 23 times this season.

"I haven't offered him a contract but I've said I will do," Ward told BBC Essex.

"I've spoken to a number of players and now the onus is very much on them to come back to me."

At least 12 U's players are out of contract in the summer and with wage cuts likely, Ward is not expecting instant decisions.

"Very often players want to know pretty quickly and leave the club waiting a while," he said.

"But I've had a number of conversations with players and we'll see where we go over the next two or three weeks."

However, Coker says he will definitely be staying at the Essex club.

"It's a massive weight off my mind. It's nice to hear the gaffer say he's going to offer me a new deal and hopefully get another couple of years here," he said.

"I'm settled around the club. The cuts are going to come into things but players are happy here - they do the best job in the world.

"If you get a contract you've got to take it, because you never know what's going to happen.

"I definitely don't want to go back to labouring on the building sites."