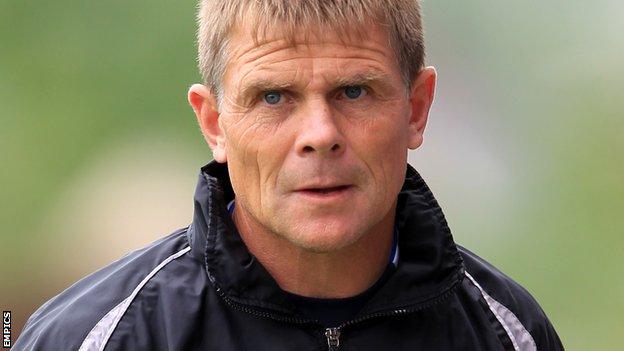 Gillingham manager Andy Hessenthaler does not feel any pressure despite the possibility of missing out on a League Two play-off place.

The Gills are currently in ninth place, four points behind Oxford and Crewe with just three games left to play.

"We should be in the top seven but we've not achieved that. It's going to be a disappointing season if we don't reach that," he told BBC Radio Kent

"We've still got an opportunity. I don't feel under pressure."

He added: "We've been inconsistent over the season but we've still got to believe we can reach the top seven."

Hessenthaler stated he is capable of rebuilding the side even if the club miss out on the play-offs for the second season in a row.

"If it doesn't happen this year we've got to rebuild in the summer and get the right players that can get us out of this division," he added.

"The infrastructure at the club has to get better. Everything behind the scenes, (like) the scouting network and the training ground, has to get stronger.

"We've got to look at improving all that to move us on.

"Come the end of the season we'll sit down with the chairman and look at the budget for next season and the players we'll try to bring in."