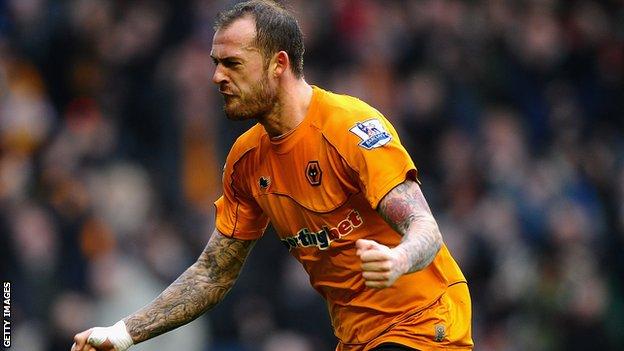 Wolves' top scorer has not been selected by Scotland boss Craig Levein since he shunned a call up by text message in February 2011.

And Levein has repeatedly said that Fletcher needs to make the first move for there to be a reconciliation.

"Fletch wants to play and would be more than happy to sit down and resolve it," McCarthy told BBC Scotland.

"But I certainly don't want to be giving advice to Craig Levein because he's a good manager.

"It seems to me that it's not such a big deal but a big deal has been made of it.

"The more Steven Fletcher plays well and scores goals in the Premier League, it makes it harder for Craig because people are going to put pressure on him."

Fletcher has netted 10 goals for the Premier League's bottom side, who sacked McCarthy in February.

And the 24-year-old remains on the list of players under consideration for a place in Great Britain's Olympic squad.

"Sadly, it looks like Wolves are going down and Steven Fletcher will be courted by teams in the top half of the table because he's a top player," added McCarthy.

"I was his manager and I was concerned about a player of his ability not playing at international level. He should be recognised as a Scottish international."