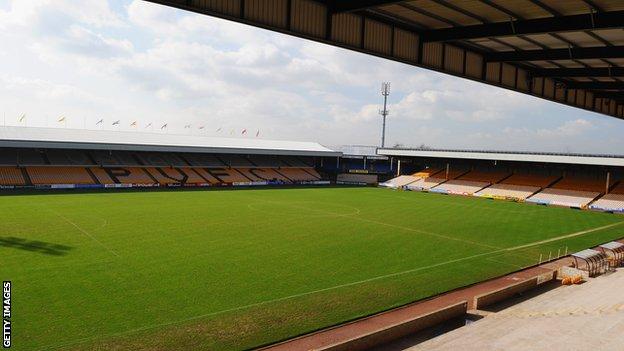 Davis, the son of Crewe Alexandra boss Steve, played a full 90 minutes in Vale's narrow 1-0 defeat at Shrewsbury on Tuesday.

"He was terrific. We have stated our intent to him that we will offer him a professional contract," Vale manager Micky Adams told BBC Radio Stoke.

"He's been thrust in there and that's what we have to do."

Adams continued: "We're never going to see how good kids can be unless you play them in the cut and thrust of the league.

"This is a tough old league to play in, especially at centre-back, but he's adapted very well.

"He's not the finished article by any means, he's still got a long way to go, but there's a lot of promise there."

Adams revealed that he will make the same offer to midfielder Ryan Lloyd.

"Davis and Lloyd are the two apprentices that we sat down with on Monday and now we have to agree terms with the both of them," he said.

Since Vale administrators Begbies Traynor identified Keith Ryder as their preferred buyer for the club, Adams has been able to offer contracts to his players, something which was not permitted under the club's transfer embargo.

"It was always on the cards. At least we've got a bit of direction from Mr Ryder and we can get on with the job that we need to do," added Adams.