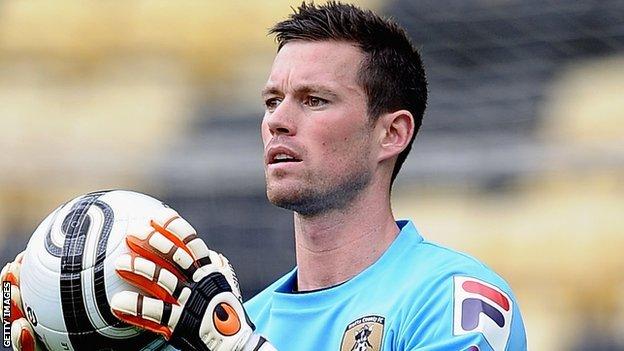 Notts County goalkeeper Stuart Nelson believes the Magpies are on the verge of something special.

The Magpies are sixth in League One and have lost only twice in 13 matches since Keith Curle was appointed boss.

Those defeats came in the space of a week and Nelson is impressed how Notts have recovered.

The 30-year-old goalkeeper told BBC Radio Nottingham: "We have come back in the last few games and there's been something special."

Notts are just inside the League One play-offs, although they will slip to seventh if Carlisle beat Stevenage on Tuesday night.

The Magpies only two defeats under Curle came at the hands of Sheffield Wednesday and Sheffield United.

"It was a bit of a hiccup with the form we had with the two Sheffield games," Nelson continued.

"But it is how you bounce back in football and those results show there is a nucleus of something special here."