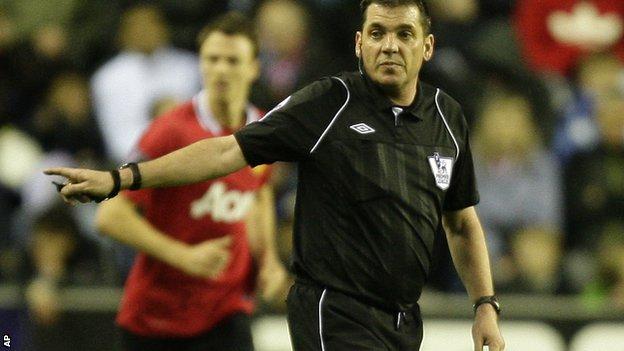 Phil Dowd has been selected to referee the FA Cup final between Chelsea and Liverpool at Wembley next month.

"I was honoured and privileged when I found out," said Dowd.

"You obviously hope as a referee that you might one day be considered for the FA Cup final, so it will certainly be the highlight of my career so far."

Dowd will be assisted by Stuart Burt and Andrew Garratt, along with fourth official Michael Jones and reserve assistant referee Simon Long.