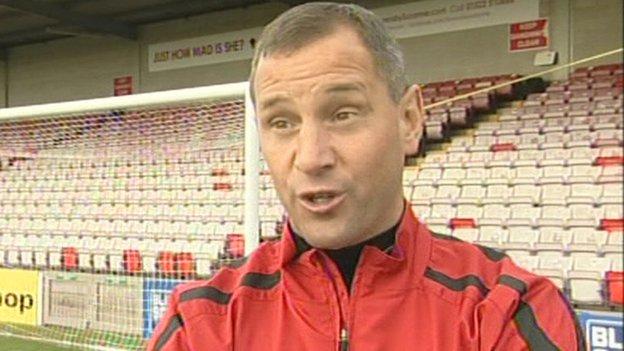 Holdsworth, 43, took over last October in a deal to the end of the season.

Dorrian told BBC Lincolnshire: "We'll be sitting down this week to sort things out with a view to keeping him.

"Once we've got the manager's situation sorted out, he can start talking to players. I think it's important that job is done before the season ends."

The Imps secured their Premier status for next season after Mansfield beat fourth-from-bottom Hayes and Yeading, whose relegation could be sealed with a defeat by City on Saturday at Sincil Bank.

And Dorrian believes matching Holdsworth's ambition, rather than financial considerations, will be key to keeping him at the club.

"David is very keen to do well in management," he said. "Money probably isn't his priority so that is very helpful to the football club."

Holdsworth's brother Dean is already managing in the Football League with Aldershot Town.