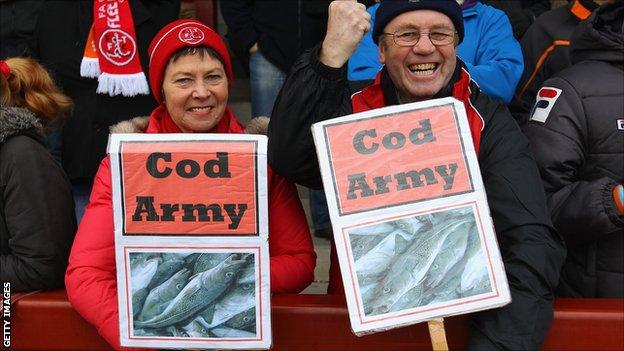 It was perhaps ironic and fitting that the Mariners of Grimsby should be the team to assist the Cod Army over the finishing line and into the Football League for the very first time.

Fleetwood Town had twice missed the chance to claim the Blue Square Bet Premier title on home soil, drawing against closest rivals Wrexham on Tuesday evening and when victory in either match would have been enough.

to end Wrexham's hopes of catching Micky Mellon's side at the top of the table and start the biggest footballing party on the Fylde coast since neighbours Blackpool reached the Premier League two seasons ago.

It has been a meteoric rise for Fleetwood.

The newest incarnation of the club was formed in 1997, and they were playing in the ninth tier of English football as recently as 2005.

Helped by the financial input of chairman Andy Pilley, Fleetwood have a newly-developed Highbury stadium and a team that will be facing the best that League Two has to offer next season.

"It's the most magical journey that the club has been on," Pilley told BBC Radio Lancashire.

"Every non-league club has a dream to become a member of the elite 92.

"Just to be able to rub shoulders with the famous names, to be in the Carling Cup, to be featured on so many different media shows, to receive so many more away fans, there's just so much more prestige to being in the Football League.

"Don't get me wrong, the Conference is a fantastic competition and we've loved every minute of it, but to end up in the Football League is absolute dreamland, it really is.

"We've been brave because we've planned for this moment for the last few years.

"Sometimes fortune favours the brave and I think this is one of those times."

Manager Micky Mellon added: "I'm so pleased my chairman, the fans and the people of Fleetwood.

"Five or six years ago, we never would have thought that this could be done.

"It's really all down to him and I'm so pleased for him."

As Blue Square Bet Premier champions, Fleetwood will have a tough act to follow. 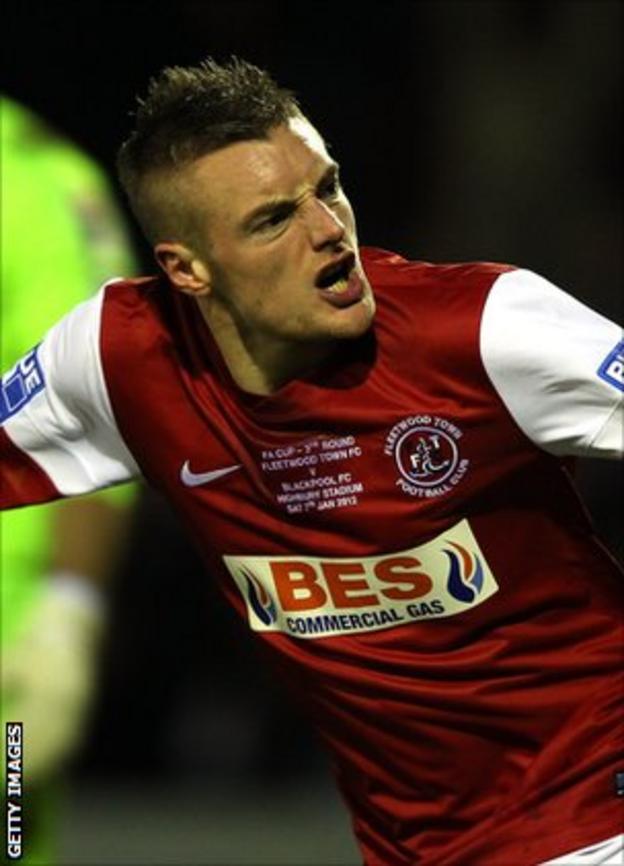 And Crawley, currently fourth in League Two, are aiming to follow Stevenage's lead by winning back-to-back promotions and making the jump from non-league to League One in the space of two seasons.

In addition to winning promotion, Fleetwood could still break all sorts of records in their final two games against Cambridge and Luton.

They need one more win to set a new mark of 32 wins in a Conference season, two more goals to pass the highest-ever tally of goals scored in a single campaign, and three more points to surpass Crawley's total of 105 from last year.

To be successful, it always helps, of course, to have the top scorer in the division, and 34-goal Jamie Vardy, 31 of those goals coming in the league, has been a constant thorn in opposition defences.

Understandably, Vardy has been attracting interest from clubs at higher levels and resisting the temptation to cash in on their star striker may prove to be one of Fleetwood's most difficult tasks before the season opens in August.

And when that time comes, Fleetwood Town will be hoping to prove to everyone that they will not be fish out of water in the Football League.