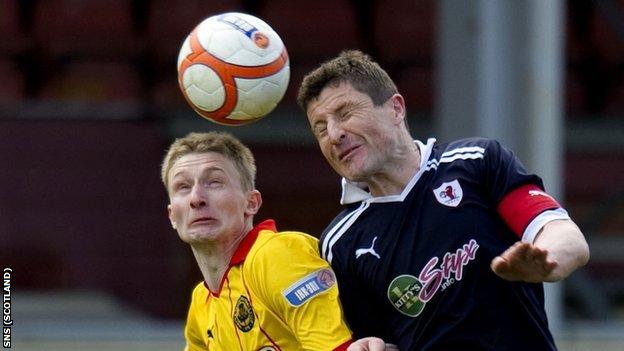 Raith Rovers salvaged a draw against Partick Thistle but the Fife side are now level with second-bottom Ayr United in the Scottish First Division.

Thistle went close in the first half with Sean Welsh heading wide and Chris Erskine having an effort saved.

The hosts took the lead when Welsh converted Paul Cairney's cross on 64 minutes.

Raith levelled 16 minutes from the end when Paul Paton headed into his own net and the visitors' Jonathan Stewart was denied by keeper Scott Fox late on.