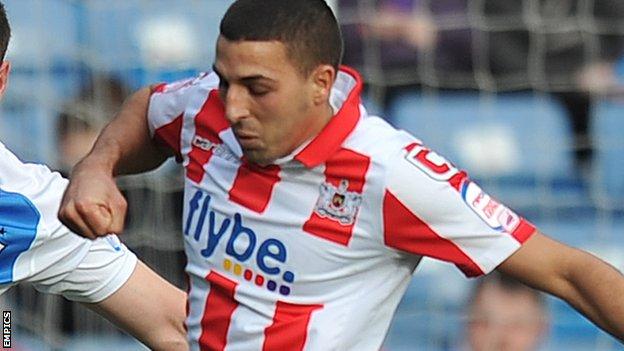 The 21-year-old midfielder, who is a product of the club's academy, has been

"It's good to see him shine, the goals are a bonus and he needed to add that to his spectrum of abilities," Tisdale told BBC Radio Devon.

"I'm frustrated that we've had a season without Liam at his best."

Tisdale added: "He's been plagued by disappointment caused by unfortunate injuries and it's hampered his season.

"We know what a good player he is and we had big hopes for him this season and he's just not had the opportunity."

Sercombe has made 147 appearances for City in his career and has been part of the squad since the club were promoted from the Conference in 2008.

And Tisdale says he wants the midfielder to stay at St James Park next season, whether City are relegated to League Two or stay up in League One.

"He's been one of our lead players for the last three or four years.

"He's a developing young player who performs well enough to be picked every week, I'd like him here at the club for as long as we can keep him."