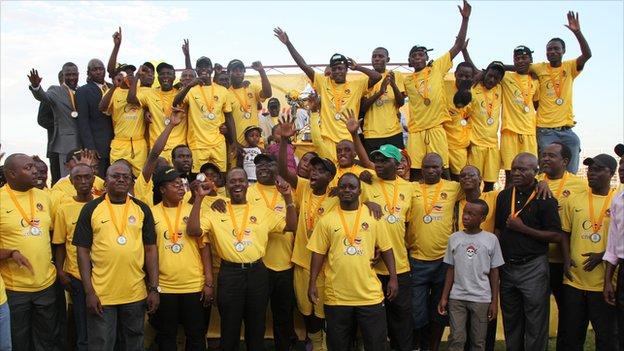 Coach of Zambian side Power Dynamos has paid the ultimate price for their 6-0 loss to DR Congo's TP Mazembe in an African champions league tie on Sunday.

"The management of Power Dynamos football club wishes to advise that the engagement of the head coach Fordson Kabole has been brought to an end by mutual consent and with immediate effect," said the cub's head of communication Precious Musonda.

"In the interim, the club has appointed Beston Chambeshi as caretaker head coach until further notice."

The loss in Lubumbashi saw the reigning Zambian champions crash out of the competition on a 7-1 aggregate.

Kabole had earlier indicated he would not resign after the loss to the four-time African champions, who are among best funded clubs on the continent.

He will be remembered for guiding Power Dynamos to a league triumph after an 11-year dry spell.

The country's sports minister Chishimba Kambwili has also reacted to the news.

"Time has come when we should stop firing coaches after they have lost matches," he said.

Kambwili said Zambian clubs should learn to invest heavily in clubs as was the case with TP Mazembe if they are to compete effectively at international level.

Power currently lie in eighth place in the domestic league having played just one game so far, which they won, and they have three games in hand on the teams above them.

They were allowed to postpone the three matches in order to prepare and take part in the Champions League.