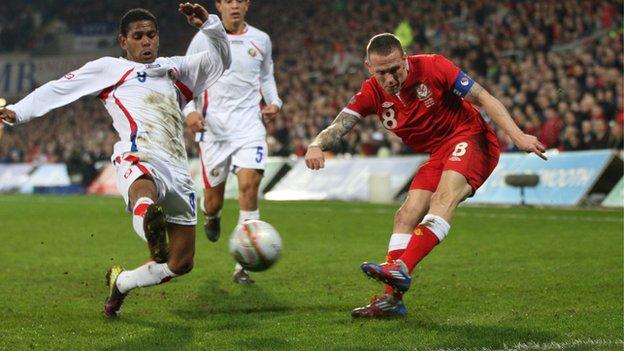 Wales have reached their highest position in Fifa's rankings for almost 17 years.

Despite not playing a match in the accounting period for April, Wales have moved up to seven places to 41st place in the latest table.

That gives them their highest position since reaching 34th place in September 1995.

Spain remain top ahead of Germany, with Uruguay third and the Netherlands dropping two places to fourth.

Wales' next match is a friendly against Mexico in New York on 27 May, where new manager Chris Coleman will take charge of the team for the first time.

Coleman, who was appointed in January, took a back seat for the Gary Speed Memorial Match in February when Wales lost 1-0 to Costa Rica.