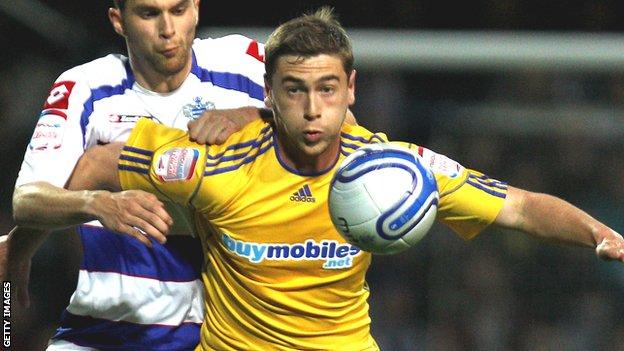 Derby County will be "the team to watch out for next season" in the Championship, according to striker Steven Davies.

The Rams are enjoying their best campaign under manager Nigel Clough, and are within five points of the play-offs with four games to go.

"It's a 46-game season and our biggest problem has been consistency," Davies told BBC Radio Derby.

"But I think people who have watched us recently know that we're a good team."

Davies has scored 11 goals for the Rams this season, despite fracturing his skull in October.

"If we'd just turned a couple of defeats into draws I think we'd have been up there with the top six," Davies added.

"We're only a young team and if we can keep hold of these young players that will sort us out for the future. We've definitely got something to build on."