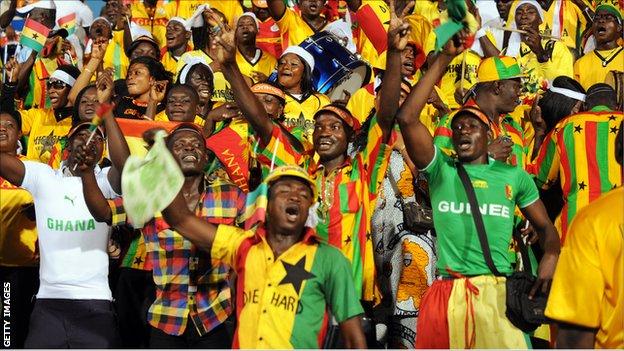 The Ghana Football Association has appointed James Kwesi Appiah as the new head coach of the Black Stars.

Appiah, assistant coach of the Black Stars since 2008, replaces Serbian Goran Stevanovic, who was sacked last month after Ghana's failure to reach the Africa Cup of Nations final.

The former international defender will meet the Executive Committee of the GFA on 10 April to formalise the deal.

Appiah has been given a contract until the end of the 2014 World Cup.

Ghanaian-born former France international Marcel Desailly had been considered for the post, with media reports in Ghana suggesting he was the favourite for the job.

Talks between the parties took place but Desailly was unable to accept the position because of his other contractual commitments.

That led to the surprise appointment of Appiah, who led the Ghana under-23 side to victory at the 2011 All African Games but is inexperienced at the highest level.

GFA President Kwesi Nyantakyi has called on the whole country to support Appiah.

"I think it is very important for all of us, all Ghanaians including the journalist, members of the public and particularly the Football Association to rally behind Kwesi Appiah so that he can succeed," Nyantakyi said.

"We're not appointing Kwesi Appiah to judge him and dismiss him on the basis that he did not perform. We would all have failed.

"Our objective is to offer the needed support so he succeeds in this new appointment. And so the FA is fully committed to ensure that all the facilities and all the needs of the coach are provided so he delivers according to the mandate entrusted him."

Nyantakyi also revealed that "the FA has decided to offer Mr. Kwesi Appiah some training" to help him meet the targets of "reaching the [2014] World Cup semi-finals and to win the Africa Cup of Nations".

He added: "We'll very soon announce a training programme which will include acquiring skills in management and boosting his confidence, including taken him to some of these big clubs abroad for attachments.

"We want him to be on top of the job. We don't want him to fail. We do not want him to encounter any difficulties or problems. So whatever we perceive to be a likely cause of problem to affect his performance, we'll take the necessary steps to rectify it."

Appiah's first task will be to prepare the team for a World Cup 2014 qualifying match at home to Lesotho in June.

That will be followed by a chance for Ghana to gain revenge over their Africa Cup of Nations semi-final victors Zambia - it was that 1-0 defeat which ultimately led to the dismissal of Stevanovic.

Appiah will be desperate to avoid a similar fate against the 2012 Africa Cup of Nations winners in only his second match in permanent charge of Ghana, as he aims to make a strong start in Group D.

Sudan are the other team in the group, which is the second of three rounds of qualifying for the tournament in Brazil.