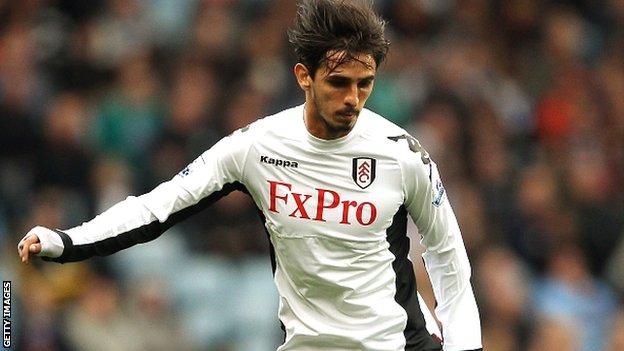 Fulham forward Bryan Ruiz has undergone minor surgery on a broken foot and will be sidelined for 10 weeks.

The Costa Rica international, 26, was carried off after 73 minutes of Saturday's 3-0 win at Bolton.

A club statement read: "Bryan Ruiz sustained a fracture in the fifth metatarsal in his foot.

"A small procedure has taken place to repair the damage, and the sports science team advise a 10-week recovery period, prior to any form of training."

Speaking after Sunday's 1-1 draw with Chelsea, Fulham manager Martin Jol said: "He broke his foot so he will be out until June or July. It is a metatarsal issue."

Ruiz joined the Cottagers from FC Twente for around £10.6m in August and scored two goals in 30 appearances in his maiden season in English football.