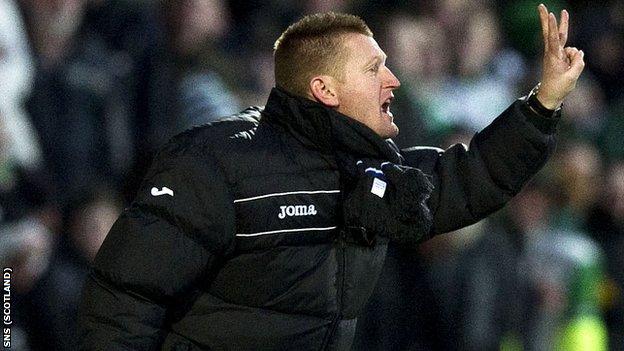 St Johnstone manager Steve Lomas likes the Scottish Premier League split despite his side coming off worst out of the top six teams.

The Saints will play just two of their last five matches at home, with three consecutive away fixtures.

"Three away journeys on the bounce is hard for the fans in terms of the financial side of it," said Lomas.

"But I think the split brings more good to Scottish football than it does bad. I'm a fan of the concept."

The former Northern Ireland captain has steered the Perth side into the top half of the league in his first season in Scotland.

Following Saturday's home game with Inverness, they host Dundee United, before travelling to Motherwell, Celtic and Hearts, bringing the campaign to a close with the visit of Rangers to McDiarmid Park.

"We've probably got the raw end of the stick but I suppose you can't please everybody," added Lomas.

"I'm disappointed mainly for the fans that they've got extra travel and three in a week is a lot of money."

Saints sit fifth in the table, level on points with Dundee United, and will be hoping for a return to winning ways following last week's 2-0 defeat to Celtic.

Lomas was unhappy with some of the decisions he felt went against his side but insists it is time to move on from the clash at Parkhead and focus on this weekend's action instead.

"It's done and dusted and I don't like to rake back over it.

"We move on and try to put in another performance. Hopefully this time we will get the rub of the green."