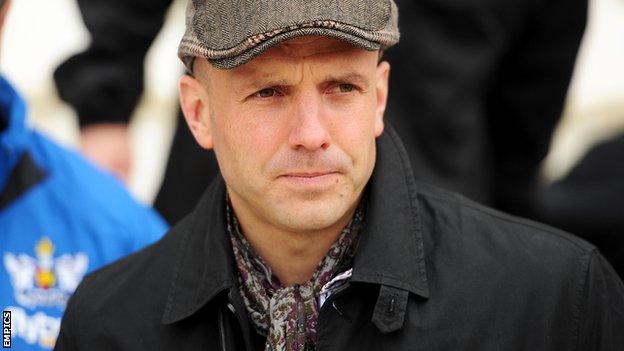 Exeter boss Paul Tisdale says his side will keep on fighting, despite another defeat which leaves them all but doomed to relegation from League One.

City's 1-0 loss to Scunthorpe leaves them eight points away from safety with just five games left to play.

"It's not over until it's over, we can only try and win the next game, that will always be my job," Tisdale told BBC Radio Devon.

"When you're the manager it's about winning the next game."

Tisdale added: "I'm proud of the way we've played, we've got to keep trying to win every game.

"It was symptomatic of our season that we failed to score and then conceded a goal at the wrong time."

And Tisdale said he was happy with the way his side played at Glanford Park.

"There was a good balance and we covered the pitch well and moved the play well, there was symmetry to it," he said.

"It was hard to fault that first hour or so in the way that we approached the game.

"We matched them and we could count ourselves unlucky to be 1-0 down perhaps."