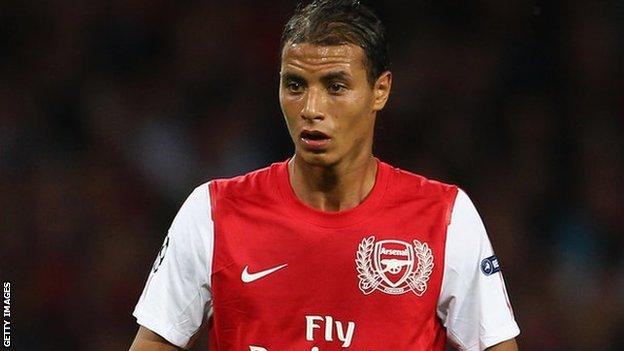 Arsenal manager Arsene Wenger says the club has dealt "internally" with Marouane Chamakh after the Moroccan was photographed smoking a shisha pipe.

"It's not the best thing to do," said Wenger of Chamakh's behaviour.

"Will he stay at the club next season? It's too early to say. We want him to focus completely - without smoking."

Chamakh's future at Emirates Stadium has come under scrutiny as he has started just seven matches for Arsenal this season, scoring just once in a total of 17 appearances.

The Moroccan striker joined the London club in 2010 from Bordeaux.

Last Saturday, Chamakh was an unused substitute for the sixth league game in a row as QPR beat the Gunners 2-1 at Loftus Road.