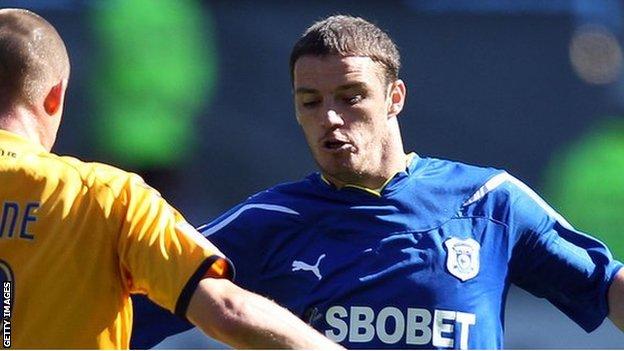 The free agents have been training with the Owls in recent weeks but Jones says their time with the club was purely for fitness reasons.

"Jason has other commitments at the moment and he was just here to get fit and it's the same with Robbie," Jones told BBC Radio Sheffield.

"A little bit of quality around the place never does any harm."

Koumas, 32, has not played since coming on as a substitute in Cardiff's play-off semi-final defeat at home to Reading in May 2011.

Fowler, 36, who, like Koumas, played for the Bluebirds under Jones, recently turned down the chance to join Championship side Blackpool, after a trial with the Seasiders.