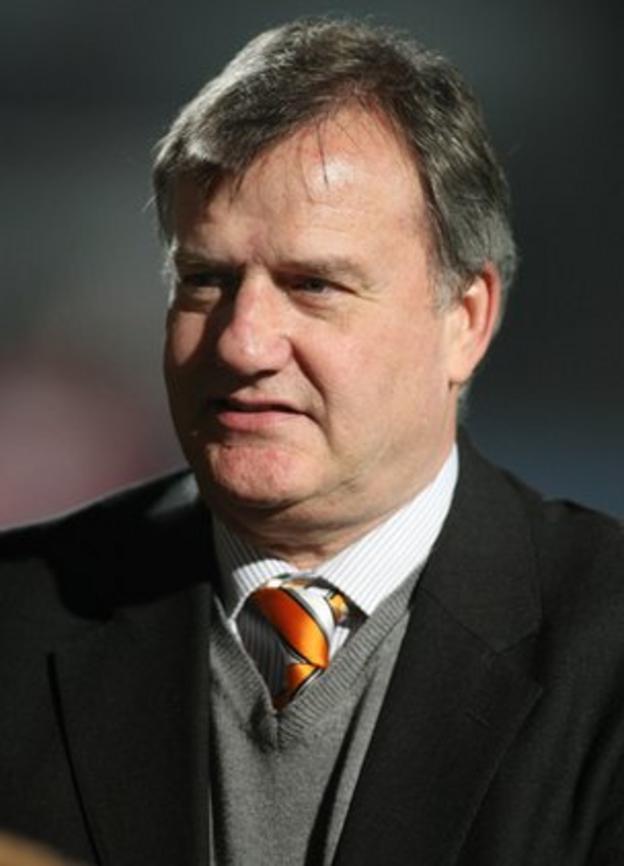 Hereford United owner David Keyte has admitted that he has considered the impact of relegation from the Football League again.

"For the first time we have started to look at the financial impact of relegation," Keyte told BBC Hereford and Worcester.

"We haven't thought we needed to before and we haven't dared to."

He revealed that the club would start next season in a considerably worse financial position should they go down.

"On Football League funding alone we would start £400,000 down on this season," he said.

The Bulls, who were promoted from the Conference in 2006 - nine seasons after being relegated from the then Fourth Division - have won just four home games this season, and attendances have dwindled in recent weeks.

"Understandably with the home form the local supporters have voted with their feet and told us what they thought, which has left us about £130,000 short of our budget," he said.

"As a board we are trying to take the club forward so we have also funded things like the new supporters club, but we have been let down by the performances out on the pitch."