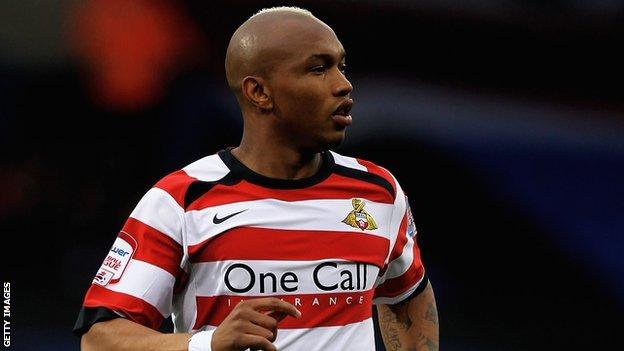 Photos on the internet appear to show Diouf in a nightclub, just hours before the match at Southampton on 24 March.

"I've made some inquiries and I've asked him about it and he denies he was there," Saunders told Radio Sheffield.

"It's still ongoing and I want to get to the bottom of it. It's something I can't comprehend if it is true."

Rovers lost the match at St Mary's 2-0, with Diouf playing the full game, and are currently six points adrift of safety with six matches to play.

Diouf has scored six goals in 22 games since joining the club in October.