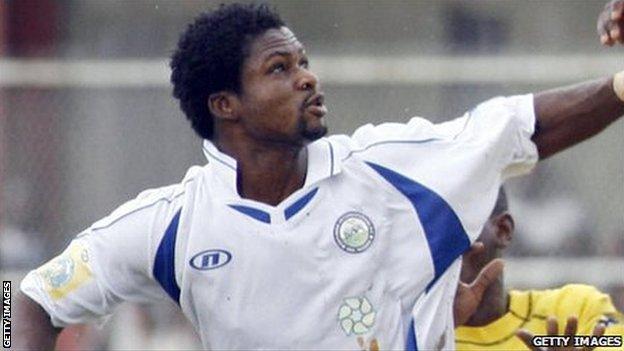 Nigerian clubs Enyimba, Sunshine Stars and Kaduna United say they are yet to receive bonuses for their participation in continental tournaments in 2011.

But the duo, alongside Kaduna United, who crashed out in the group phase of the Confederation Cup, are still awaiting payment, five months after the competitions were completed.

"The finance department is ensuring that it is following due process to ensure that money reaches the appropriate parties," Confederation of African Football (Caf) communications director Suleiman Habuba told BBC Sport.

Habuba was responding to the frustrations of the Nigerian clubs in the delay of their payments.

"We have written to the Confederation of African Football (Caf) through the Nigeria Football Federation (NFF) but still no word from them," Sunshine Stars chairman Mike Idoko told BBC Sport.

We have been asked to defend our budget this season. It's having a terrible effect on the club financially

The Nigerians - who face Angola's Recreativo do Libolo in this year's edition of the Confederation Cup on Sunday - say the delay is affecting their ongoing campaign.

They are unhappy with the situation, saying they would be able to prepare better for this year's tournament had all the money been paid.

"After spending so much, the state government [who are the club's owners and sponsors] are demanding the income and benefits of playing in Africa," Idoko said.

"We have been asked to defend our budget this season. It's having a terrible effect on the club financially."

Felix Anyansi-Agwu, chairman of Enyimba, is also approaching Caf through the NFF to seek the payment of the money.

Anyansi-Agwu and chairman of Kaduna United, Sabo Babayaro, are also frustrated, knowing that some clubs have been remitted.