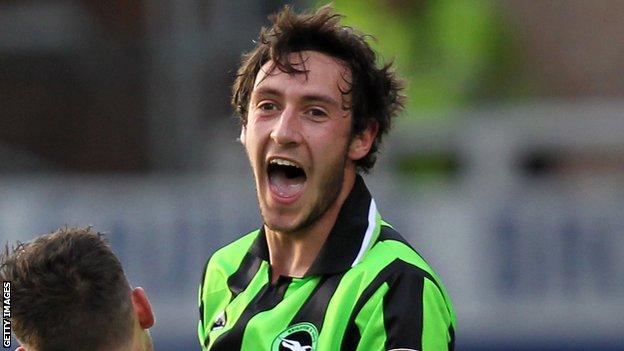 Brighton winger Will Buckley says they must improve their away form to make it into the play-off places.

The Seagulls, who lie sixth in the Championship, have not won any of their last four games away from the Amex.

Buckley told BBC Sussex: "I think the gaffer [Gus Poyet] has been looking at that and will probably try and change things in our approach to games.

"We're going in with the same attitude. We can't put our finger on it but let's hope we can do it now."

Brighton travel to Burnley on Good Friday, and have matches at West Ham and Barnsley before the end of the season.

"We're not going into games to try and nick a draw," the 22-year-old added.

"We have the same attitude we do at home. If we can get it sorted, hopefully that will do the trick."

Buckley has scored seven goals in 30 appearances for the Albion since his summer move from Watford.

"I've not been playing as much as I wanted due to my injuries and illness but I've enjoyed every minute of it," he continued.

"As a team we have over-achieved but within the camp we knew what we were capable of. We've got six games now to make history."