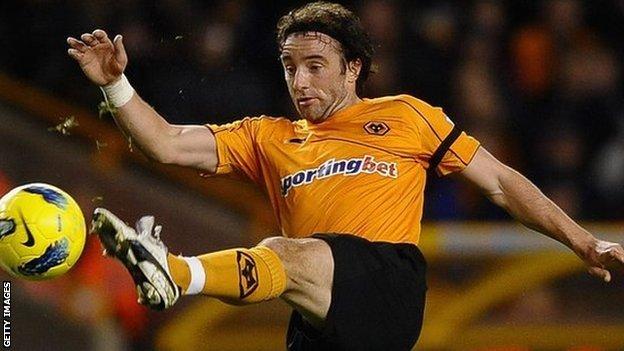 Wolves winger Stephen Hunt has had successful surgery on a long-standing groin injury.

The complaint related to a hernia operation last year, but minor surgery to rectify the problem was carried out in Germany on Thursday.

Hunt is expected to return to light training as early as next week, but boss Terry Connor predicts a playing return at the end of April.

"It looks like he will be out for two to three weeks," he told BBC WM.

"Stephen is reporting alleviation of some of the symptoms he had been suffering," Wolves head of medical department Steve Kemp said.

"We are confident that the operation will resolve all the issues and providing all goes well, Stephen should be able to return to some form of training by the end of next week.

Wolves, who are currently bottom of the Premier League and six points from safety, have lost midfielder Jamie O'Hara to a groin injury for their remaining seven games, while defender Jody Craddock required surgery on a hamstring problem.