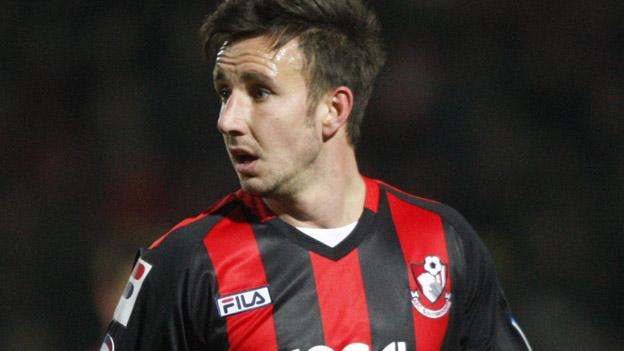 Bournemouth striker Matt Tubbs is set to miss the rest of the season after undergoing a groin operation.

Tubbs, 27, had the operation on Tuesday and has not played since 10 March.

Bournemouth signed the forward from Crawley in January for a club-record fee but he has managed just one goal in seven games since his arrival.

"The time out after this type of operation is four weeks, so he will probably miss the end of the season," a Cherries spokesperson told BBC Sport.