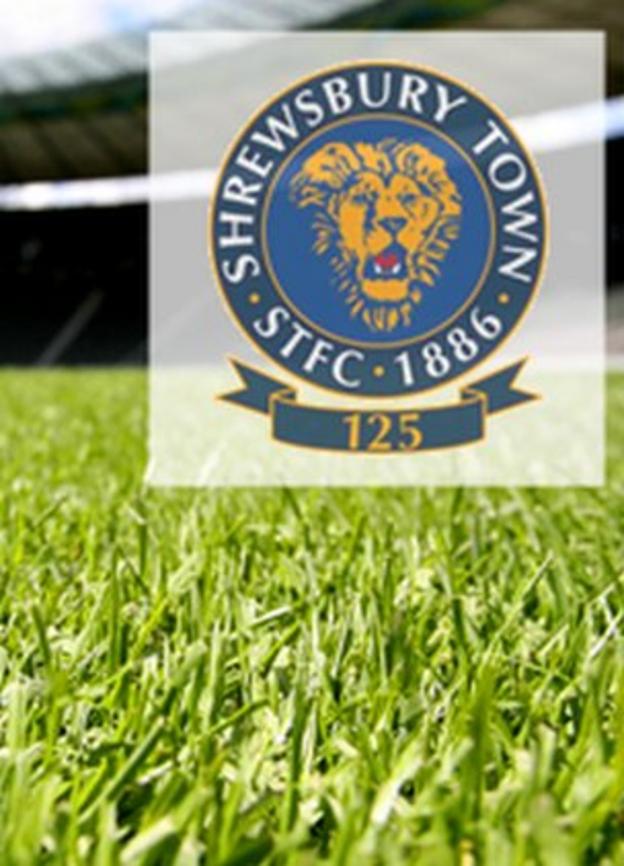 Dave McAllister's loan period at Shrewsbury has ended prematurely after the FA turned down his red card appeal.

The midfielder must now serve a three-match ban and that takes him up to the end of his loan from Sheffield United.

"It's really disappointing. I've loved my time at Shrewsbury and I felt I was getting better and better every game," he told BBC Radio Shropshire.

Shrewsbury argued the referee had made an error but the FA said video evidence submitted by the club was inconclusive.

McAllister added: "It still rankles. If there'd been a different camera angle you'd see there was no contact made and they (Aldershot) didn't call for a sending off.

"I'd just extended the loan and I would have loved to be at Shrewsbury until the end of it.

"It's been a very positive move to play here. I only came over to England last year from Ireland and to really get a nice run of first-team games has helped me."

And McAllister tipped Shrewsbury to clinch one of the automatic promotion places in League Two.

"They're definitely up there with the top teams in the division and I think they'll go up, as I think Sheffield United will, to the Championship," he said.