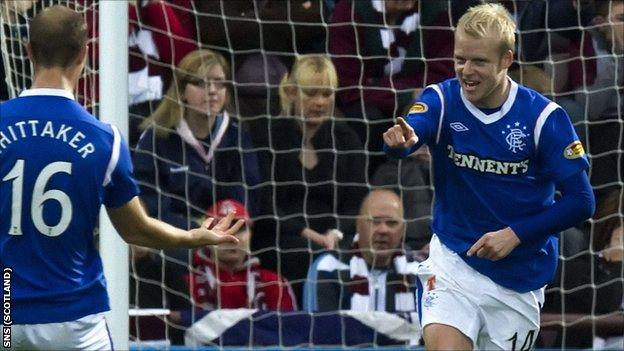 Rangers have turned down an offer from Premier League side West Bromwich Albion for forward Steven Naismith.

West Brom made made an undisclosed bid for the Scotland international, who has not played since October because of knee ligament damage.

The 25-year-old former Kilmarnock player is under contract at Ibrox until May 2015.

Rangers' administrator has set a Wednesday deadline for takeover offers for the club.

After entering administration, Rangers players and management agreed to temporary wage cuts in order to ease the financial burden on the club and help stave off compulsory redundancies.

Wylde has since signed for Bolton Wanderers, while Celik has returned to his previous club, GAIS in Sweden.