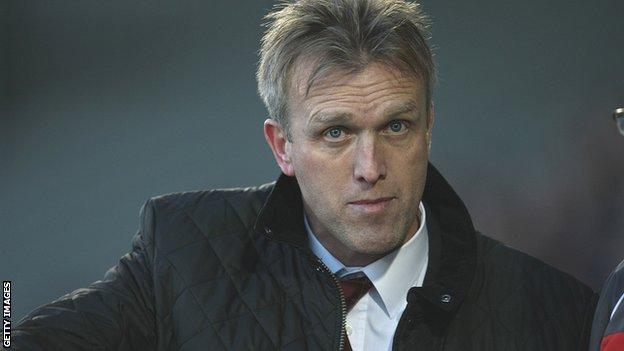 Crewe Alexandra manager Steve Davis has been rewarded for March's unbeaten run by receiving a nomination for the League Two Manager of the Month award.

Club captain Dave Artell was also nominated for the League Two Player of the Month award after some impressive displays at the heart of the back four.

"It's a reward for the run that we have had and the way that they have been playing," Davis told BBC Radio Stoke.

"If we get something it will be reward for the form that we've been showing."

He continued: "All I'm there for is to collect whatever we get, if we get it. It's the players and the staff and everybody else who is part of the team. It's the team that wins you things, not the individual."

Central defender Artell has been in fine form in recent weeks and Davis believes some words of encouragement may be behind his dramatic improvement of late.

"We had a chat three or four weeks ago, just before his turn of form, and maybe that was the reason he has got himself going.

"He's certainly played with his heart on his sleeve and put some man-mountain performances in.

"He's been the old Dave that we brought in a couple of years ago to be a defender, a stopper - and that's what he's been.

"He's been a real leader for us on and off the pitch and he deserves to be nominated."