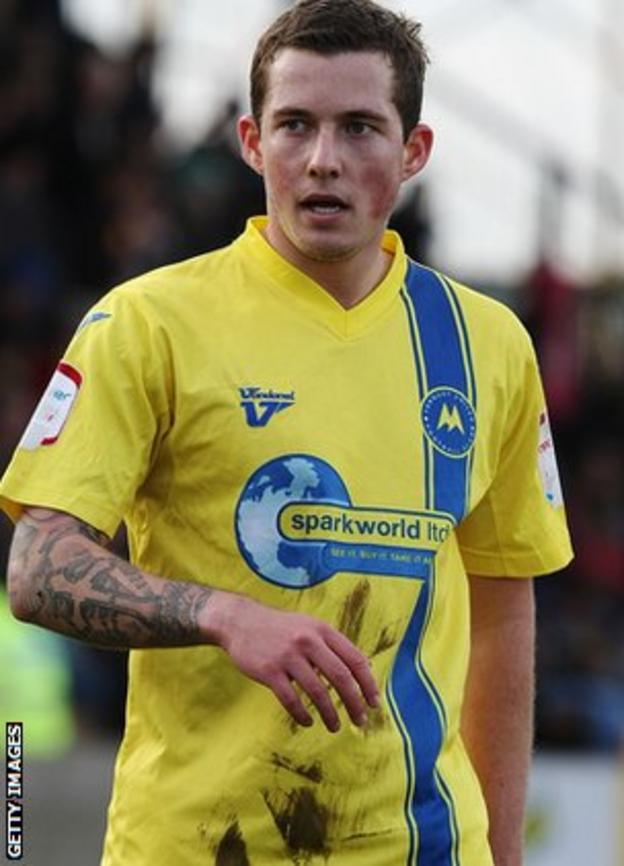 The 22-year-old has established himself as a key part of Torquay's midfield as the Gulls have risen to second place in League Two.

"My job isn't going to get the headlines, I'm not going to score too many goals, but I'm happy doing what I'm doing," he told BBC Sport.

"We've got a great defensive record and I'd like to feel I'm a part of that.

Lathrope's role in front of the back four has allowed captain Lee Mansell and Eunan O'Kane more freedom to go forward.

Ling's tactics appear to have paid off, with Mansell the club's top scorer this season with 13 goals, while O'Kane has hit the target five times and been involved in many more goals.

"It's brought the best out of Lee and Eunan, going forward they've been priceless to us," said Lathrope, who was released by Norwich City in the summer of 2010.

"It's my job to clean up and try and get on the ball and give it to them to try and score goals and create goals, and it's obviously successful as we're second in the league."

Lathrope began to establish himself towards the end of last season as then-manager Paul Buckle led the club to the League Two play-off final.

"He's a great manager, but they both are. Bucks did a great job when he was here and Lingy's come in and taken over the mantle, brought his own thoughts into the club and we're sitting second so everything he's done has come off.

"The team's been very settled, we've got a great group of lads in the whole squad and everyone complements each other.

"I've been happy with this season, it was just what I needed, regular starts in the side."