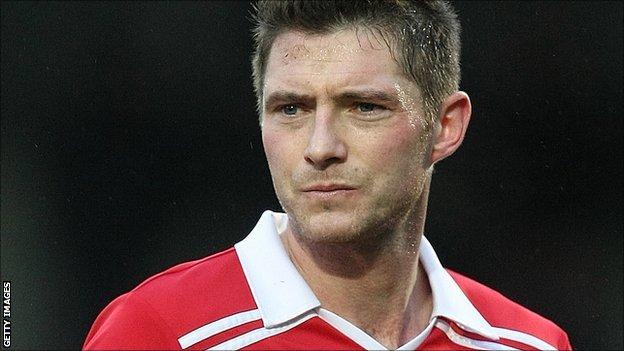 Morecambe have cancelled the contract of experienced striker Phil Jevons.

The 32-year-old joined the Shrimps in July 2009 and scored 19 goals in his initial season-long loan, earning him a two-year permanent deal.

However manager Jim Bentley has told Jevons he will not be in his plans for next season and allowed him to look for a new club.

"Phil has been a fantastic player for us and scored some vital goals," Bentley told the club website.

"This deal will hopefully give him the chance to get himself sorted with a new club as soon as he can.

"He really does leave with our best wishes and I hope he gets a deal as soon as possible."

Former Everton trainee Jevons has scored five goals for Morecambe this season, the last of them coming in a home defeat to Torquay in January.