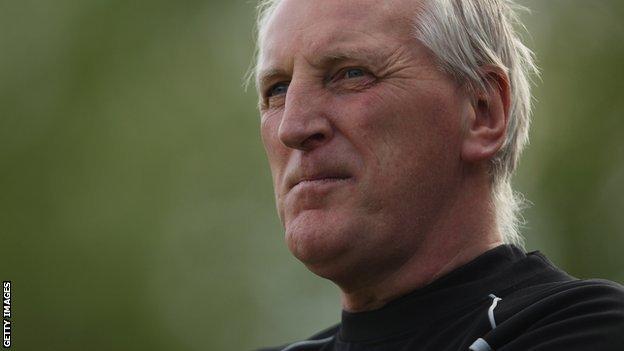 Tranmere manager Ronnie Moore says his team must improve before Friday's home game with Stevenage, after losing 2-0 at Bury on Saturday.

Moore told BBC Radio Merseyside: "If you are going to go down, go down with a fight. That's the worst I've seen us as a group and as a team.

"We've got a massive game on Friday and if our centre-backs play like that we won't win."

Moore added: "You can't fault the effort and commitment, but the discipline and the defending was disappointing to be fair.

"If you play like that you're not going to win many games, but I'm sure that one's out of the system, it's gone now and we can kick on again."

Tranmere are currently 13th in League One, seven points above the League One relegation zone.