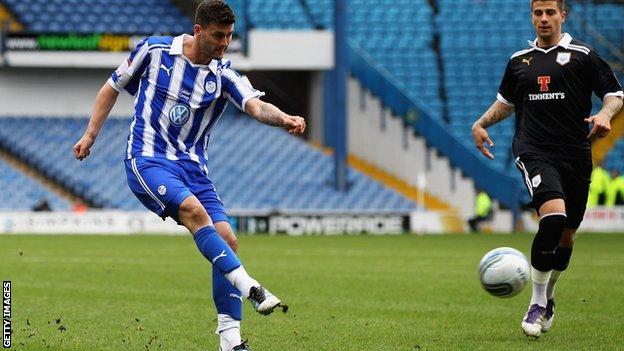 Sheffield Wednesday striker Gary Madine has admitted he is looking to model his game on Sheffield United top-scorer Ched Evans.

Evans notched a penalty, his 31st strike this season, as the Blades beat Hartlepool 1-0 on Saturday.

Madine told BBC Radio Sheffield: "I went to watch them the other day and I was trying to learn from him.

"Ched's got all-round ability, he's brilliant. If I can be considered in the same bracket I'll be delighted."

Madine added: "I used to play with my back to goal a lot and that was something that Gary Megson and now Dave Jones are looking to get out of me."

The former Carlisle striker bagged a brace for the Owls in their win over Preston on Saturday to take his own total to 17.