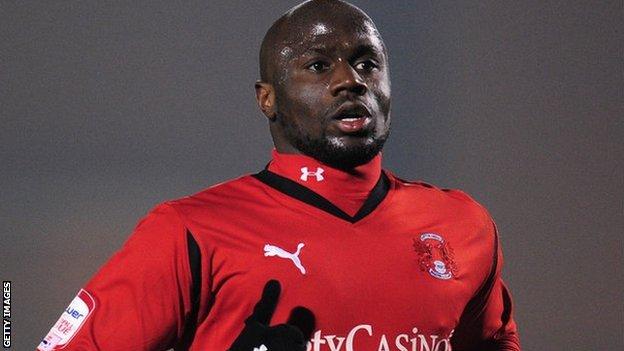 The Leyton Orient forward, 27, joined the Robins last month until the end of the season after struggling for game time at his parent club.

But after just one start and two substitute appearances for the League Two leaders, Di Canio has stated the Frenchman will not play him again.

"It's a techinical decision," the Italian told BBC Wiltshire.

"He's not as good as I thought he was. It is nearly impossible he will see the football pitch at Swindon.

"My main players give me 110% because they've suffered with me all season.

"I have much better players than him in the way I want them to play and behave."

Tehoue has been with Orient since the summer of 2010 and has scored 16 goals in 77 appearances.