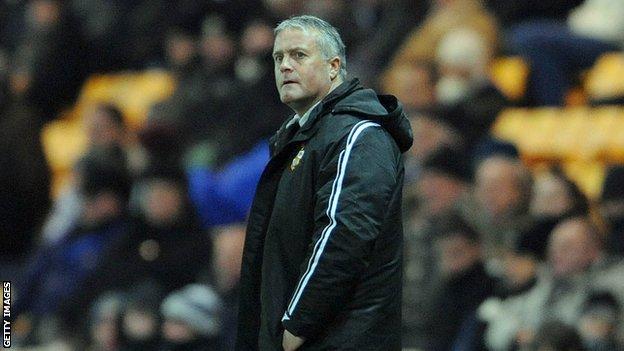 Port Vale manager Micky Adams has criticised his players, claiming that they look as if they are already on their summer break.

After Vale lost to Dagenham and Redbridge on Saturday, Adams was less than impressed with their performance.

"I've told them they look as if they are cruising," he told BBC Radio Stoke.

"They look as if they are on their holidays already. I felt that 95% of them were miles off their game, and we've got to look at that."

Although Vale are not mathematically safe after they were deducted 10 points for entering adminstration last month, Adams' side are a further 10 points - and five places - clear of the relegation places with seven games to play.

And the Vale boss believes that his side should use that freedom to put in good performances.

"At this time of the season they should be enjoying their football, there's no real pressure on them. Some of them look as though they have switched off.

"They did that last season and I'm not going to allow it to happen.

"There are always people watching them from the stands."

Vale administrators have set a deadline for potential takeover bids to be received by Monday afternoon.