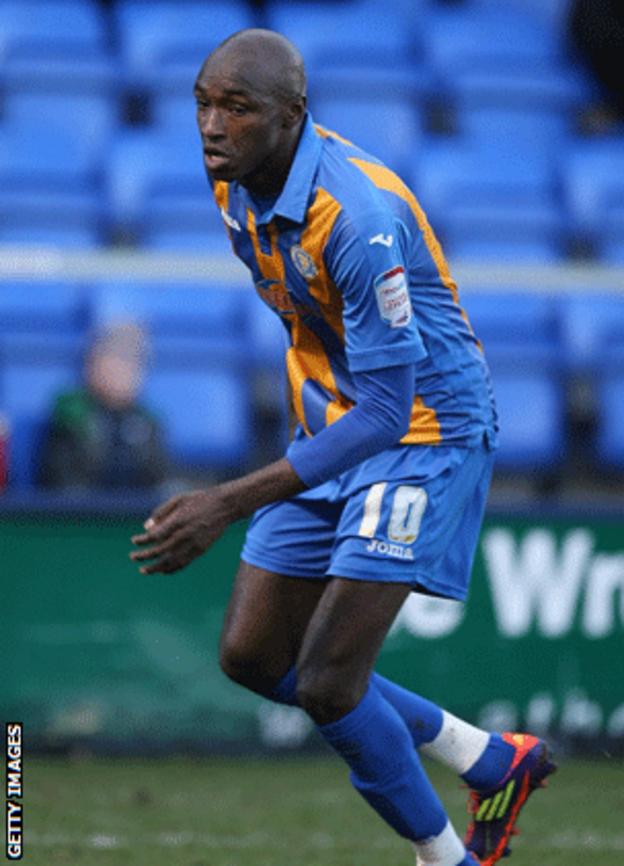 Marvin Morgan has pressed his claim to return to Shrewsbury's starting line-up after earning Town a vital point against Aldershot last time out.

The striker came off the bench to score and now hopes to play against Macclesfield and Bradford over Easter.

"I was happy to get my 11th goal of the season, but it's up to the gaffer," he told BBC Radio Shropshire.

"I'm enjoying my football though, and whether I play or not it's all about winning promotion."

Morgan's second-half strike when the side was a goal down preserved Shrewsbury's unbeaten home record, despite having Dave McAllister sent off.

"We need to keep winning at home and pick up points away - we've had a bit of an up and down record there," he said.

"We really need to get maximum points at home, but hopefully we can now go to Macclesfield (on Good Friday) and put in a real performance."

After three play-off disappointments in the past four years, Shrewsbury are desperate for automatic promotion from League Two.

"It's in our hands, but I still think it'll go down to the last game of the season," Morgan added.