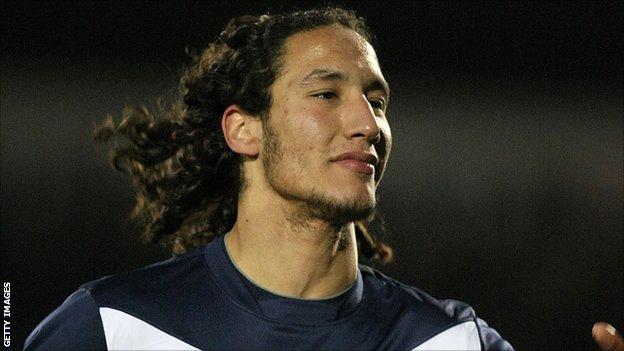 Southend United's Bilel Mohsni has admitted he thought his career at the club was over.

The Frenchman returned to the team in a month after asking to be substituted and travelling home on his own from a defeat at Morecambe.

The 24-year-old told BBC Essex: "I think the chairman and the manager have given me another chance.

"[I had thought] they would put me out on loan."

Mohsni has had a turbulent season at Southend. He was disciplined by the club in August for his part in a fracas and he was also involved in a bust-up with his own players in the aftermath of an FA Cup defeat at Oldham.

He spent a number of weeks away from the club following the game at Morecambe but has returned as Southend seek to re-ignite their promotion challenge.

Mohsni added: "I was disappointed in myself. When I sign up for a team I try to finish the job and I know with this team I hadn't finished the job."