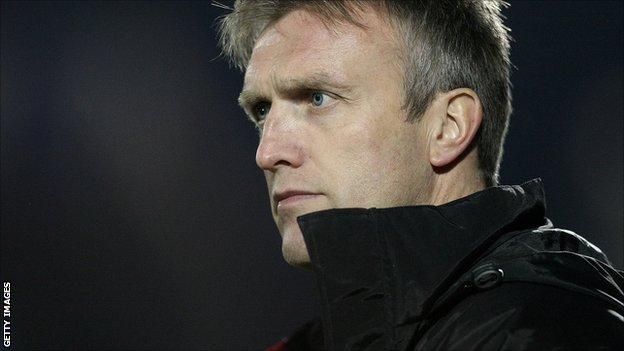 Manager Steve Davis has put his entire Crewe squad on alert as the Alex enter the end of season run-in.

A ten match unbeaten run has taken Crewe to within three points of the League Two play-offs.

Davis told BBC Radio Stoke: "The squad of players are very important to us and they need to come in and do a good job for us."

Davis should have a full squad to select from for the next game on Good Friday at Crawley.

Shaun Miller, Lee Bell and Carl Martin, who were all regular starters before Christmas but are currently out of the first team picture, may all get another chance to impress.

Miller has not scored for the first team since September and Davis said the striker needs a confidence boost as the team head into the final six games of the season.

"Shaun has to get himself going again," he said.

"He has endured a barren spell and the longer it goes on, the more difficult it becomes. It has happened with [Fernando] Torres and there is a loss of confidence there when you go 20 plus games without a goal.

"Belly and Carl are fit again and are raring to go, and both could still play a vital role for us in the run-in, as can Danny Shelley and Max Clayton" added Davis.