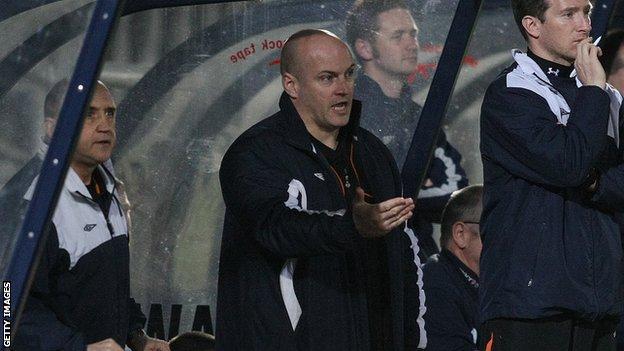 Luton Town have sacked manager Gary Brabin following a run which has seen the Hatters win only once in seven Blue Square Bet Premier matches.

The ex-Cambridge boss was dismissed after at Kenilworth Road.

He replaced and has twice led Luton to the FA Trophy semi-finals, which this season they lost to York.

Alan Neilson and Paul Carden have been put in temporary charge.

The pair will oversee Tuesday night's trip to Gateshead, with Luton three points off the top five with a game in hand.

A club statement on Luton's website said: "With promotion still the club's objective, the board felt it necessary to relieve Gary of his duties following Friday's 2-1 home defeat.

"Having failed to see a satisfactory improvement in performances and results, which had been promised by himself and the players, the board had no option but to make the decision to terminate his contract.

"The club will now focus attention on appointing a new manager to take it forward in the final month of the campaign in a bid to earn a position in the top five."