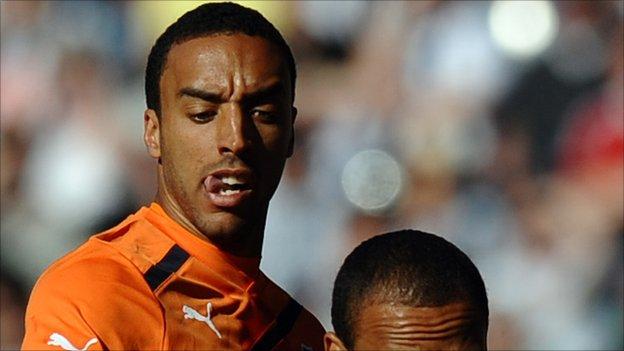 Newcastle United utility player James Perch has said hard work and self-belief have been the secret to his progress under boss Alan Pardew.

The 26-year-old has been criticised by sections of the Magpies support since joining in July 2010 but has provided useful depth to Pardew's squad.

Perch told BBC Newcastle: "I kept myself to myself, had an inner belief.

"If you let the doubters get to you, you can go into your shell and quite easily go under and not be seen again."

The Mansfield-born player was signed from Nottingham Forest for £1.5m in July 2010 and became one of the first signings for the north east club on their return to the Premier League.

Players such as Perch - as well as Danny Guthrie and Mike Williamson - have been called upon this season after injuries to Fabricio Coloccini and Yohan Cabaye, plus the unavailability of Chieck Tiote.

And Perch believes their efforts have not gone unnoticed within the dressing room.

"It's pleasing for them, that they do get a bit of credit because they are unsung heroes," Perch continued.

"Ryan Taylor filled in at left back earlier in the season, played well and got a new contract, while every time Danny Guthrie is called to play he has been outstanding.

"Throughout the side there are unsung heroes but they get a lot of credit from the coaching staff and the players."