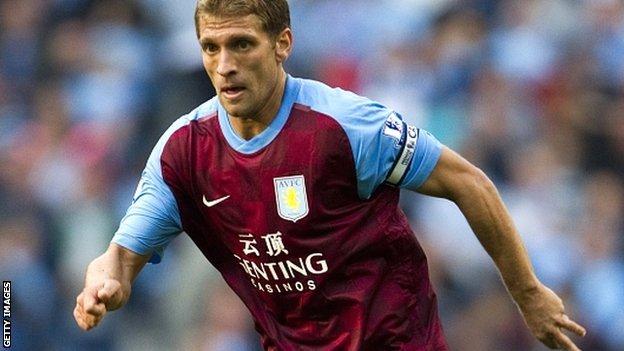 When Martin O'Neill took charge of Aston Villa in August 2006, his first move in the transfer market was to recruit Stiliyan Petrov, a player he had worked with at previous club Celtic.

The Bulgarian, then 27, had developed into one of the most influential players in the Scottish game, winning four league championships in his seven seasons at the club.

Despite a slow start in the Premier League, his ceaseless industry garnered the respect of his team-mates and was rewarded with a steady improvement in his form.

When it was announced on Friday that he had been diagnosed with acute leukaemia, he had become the captain of Alex McLeish's Villa side and one of the club's, and league's, most consistent performers.

On average 2,500 adults are diagnosed with acute leukaemia in the UK each year, according to Leukaemia & Lymphoma Research

The midfielder's low-key qualities have also been valued by a series of international managers as he surpassed more extravagantly talented players such as Hristo Stoichkov and Dimitar Berbatov as his country's most capped player.

The first of his 106 caps came as a 19-year-old in March 1999, just as his performances for CSKA Sofia were attracting the attention of then Celtic boss John Barnes.

Petrov had broken into the first team of his hometown club Montana at the age of 15, but he initially found it hard to adjust to life in Scotland following a £2m move.

Such was his determination to learn English however that he took to working in a friend's burger van as a way to pick up the language and his fortunes turned as O'Neill deployed him in his more familiar central midfield role.

In addition to his four titles, Petrov won the Scottish Cup and League Cup three times apiece at Celtic and was part of the team beaten by Jose Mourinho's Porto in the 2003 Uefa Cup final, but he grew eager to test himself elsewhere.

He submitted a transfer request at the end of the 2005-6 season and the chance to reuinite with O'Neill trumped rival interest from Portsmouth.

Despite an impressive debut against West Ham he again took time to find his feet.

But an extraordinary long-range strike in the 6-0 win over Derby in April 2008 was an indication of his growing confidence.

He succeeded the retiring Martin Laursen as Villa captain in the summer of 2009 and led the team to sixth place in the Premier league, the semi-finals of the FA Cup and the final of the Carling Cup in his first season holding the armband.

His form faltered last season but he retained the captaincy as first Gerard Houllier and then McLeish took charge, and has made 30 appearances and scored four goals for the club this term.