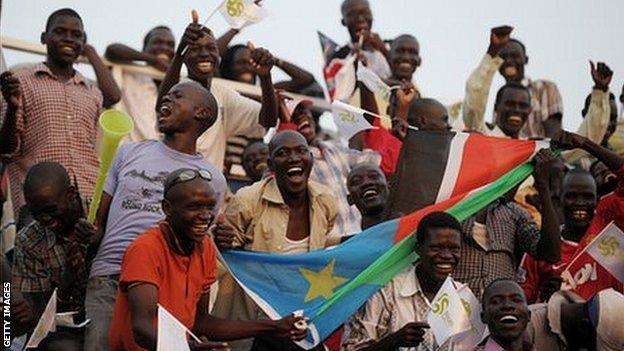 The South Sudan Football Association (SSFA) had been told the earliest it could become a Fifa member was 2014.

But if a proposed amendment to Fifa's statutes is adopted by its congress in Hungary in May the SSFA could be admitted at the same time.

The SSFA was admitted to the Confederation of African Football at its congress in February.

The country, which was declared independent from Sudan last year, became the 54th member of Caf but were told they would have to wait two years before it can fully compete in all competitions.

If they are accepted as full members in May it means South Sudan can compete in qualifiers for the World Cup and Africa Cup of Nations.

In a friendly game organised as part of the independence day celebrations last July, a South Sudan side lost 3-1 to Kenyan team Tusker FC.