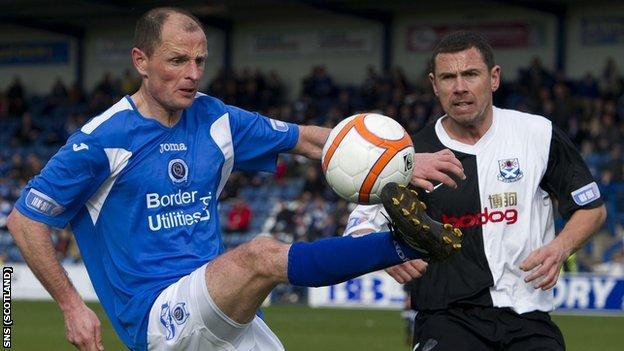 The Doonhamers had won only one of their previous nine league games but took the lead after 14 minutes thanks to Allan Johnston's first goal since September, a low driven effort from the edge of the area.

The visitors came back into the match 12 minutes from time when Michael Moffat found the back of the net with a clinical finish.

However, Brian Reid's men were unable to find a late equaliser and are now five games without a win and only one point ahead of Rovers.